During the Inaugural 12-night British Isles cruise from Dover, England this week, the Disney Magic will celebrate first-call visits in five ports of call throughout the voyage.

During each of these maiden stops, Captain Andy McRonald and shipboard officials will invite community leaders and local officials onboard the 2,700 passenger vessel for a traditional maritime plaque exchange ceremony to welcome the new ship and guests to port. 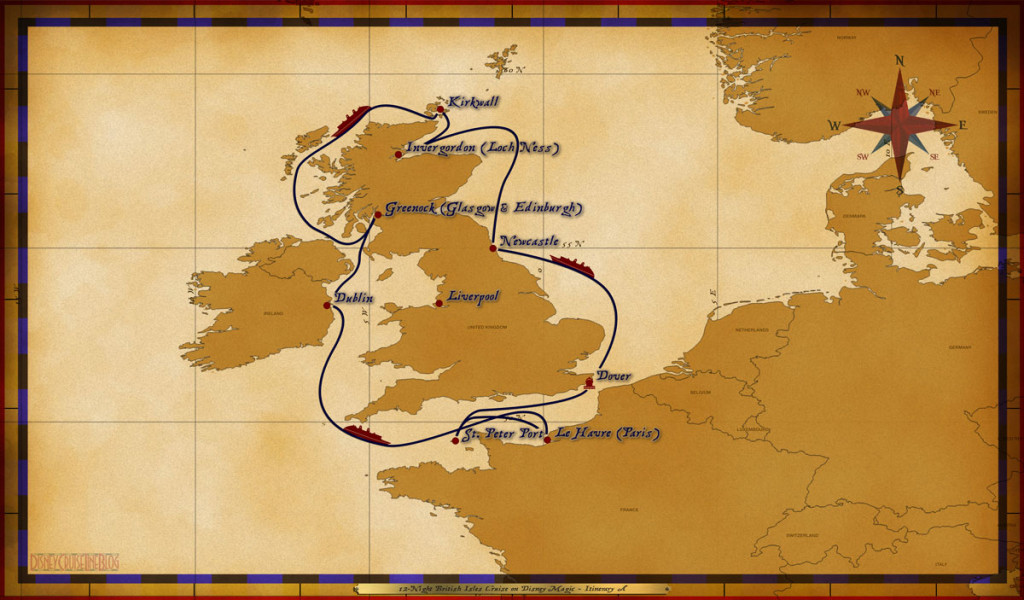 “These inaugural calls are not only a milestone in our Disney Cruise Line history, they give our guests the opportunity to create even more magical memories when sailing with us. In one voyage alone, they’ll experience a mix of new cultures, explore city streets and be immersed in the grandeur of sweeping country sides,” said Captain Andy McRonald.

In England and Scotland, guests will admire a mix of old world landmarks and modern innovations at the Gateshead Millennium Bridge, Cawdor Castle, and Victoria Tower. In France, they’ll recount the days of World War II battles in La Havre, and in Guernsey, enjoy the picturesque natural wonders of St. Peter Port.