The new Disney Dream is fresh out of her first ever dry dock with many new enhancements, one being an all new Star Wars Millennium Falcon space in the Oceaneer Club. For those familiar with the previous layout of the Disney Dream’s Oceaneer Club you will likely recall a Nemo themed area and submarine in the far back of the Club. 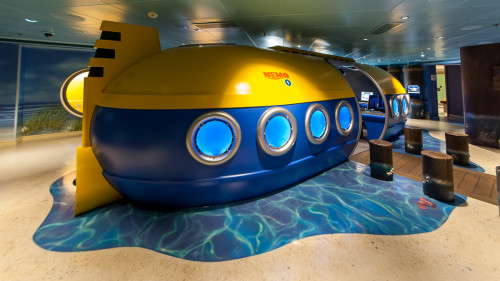 This area transitioned from under the sea to a galaxy far, far away… 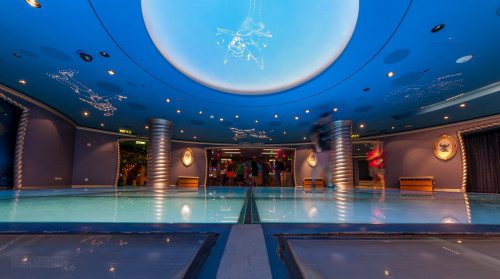 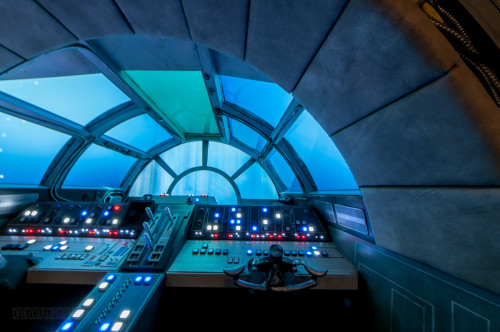 Just watching the kids during the many open houses and when I was in the area to pick up our daughter, this was one of the big draws in the Oceaneer Club. Check out the following Millennium Falcon In-flight POV video below.

Recognize anything familiar? Those were indeed scenes from the Disney Parks’ Star Tours – The Adventure Continues just without all the movement. Well, I guess on some sea days you may have that additional 4D element.

The Star Wars Millennium Falcon walkthrough video below will hopefully provide a better idea on the new space in the Oceaneer Club.

The Millennium Falcon’s port side features a circular table with stools and five iPads affixed to a control panel along the back wall. 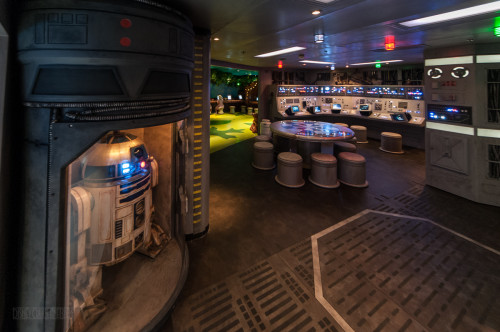 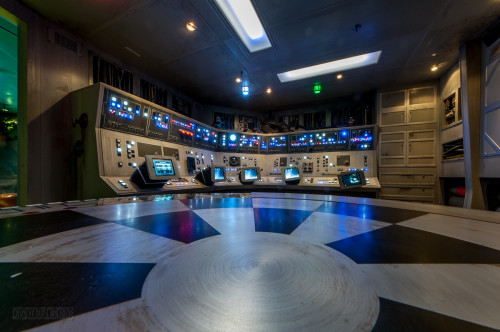 Over on the starboard side, there is similar circular table with a few stools and bench seating. On the back wall, there is a HDTV used for displaying Star Wars related content during scheduled programing in the Millennium Falcon. 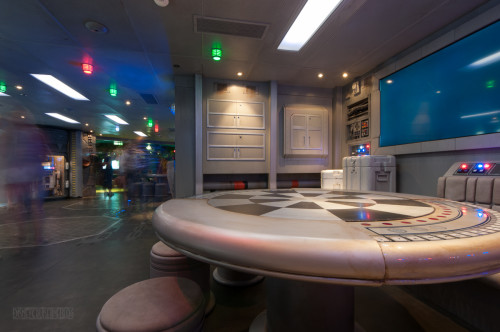 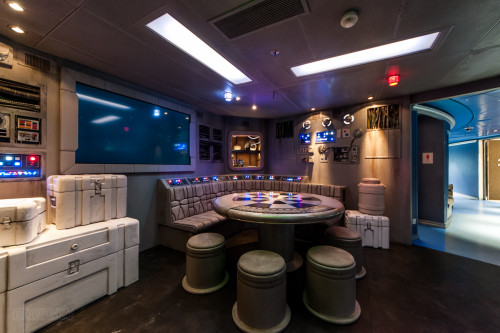 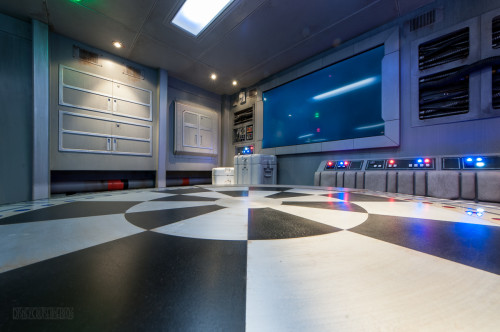 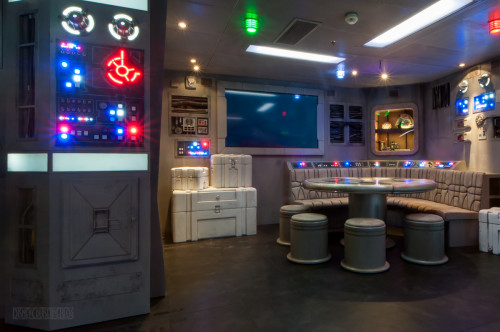 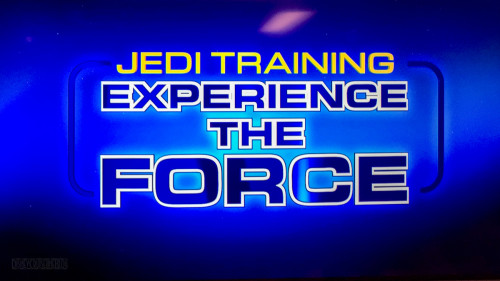 Speaking of special programing, the Star Wars Millennium Falcon sets the stage for an interactive activity called Jedi Training: Experience the Force. Jedi Training: Experience the Force is scheduled in the Personal Navigator for 30 minutes, but the show time is closer to 20 minutes. Most of the action occurs in the open area in the center. However, during the beginning of the experience, the HDTV on the starboard side displays clips from the original Star Wars Saga. 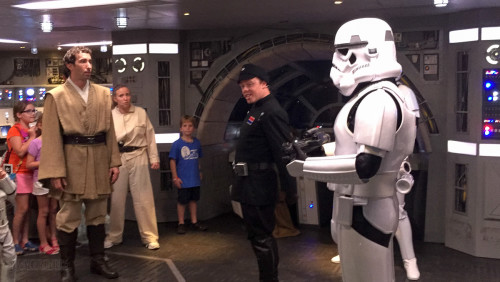 Below is a full video from the October 27, 2015 Jedi Training: Experience the Force which was held during the Oceaneer Club open house. I will leave it up to you if you want to watch and show your children or wait until you cruise on the Disney Dream and experience it live for the first time.

The Oceaneer Club is not the only place you can find Star Wars on the Disney Dream; the gift shops have a wide selection of Star Wars merchandise from toys, clothing and jewelry, to fine art on display and for purchase in the Vista Gallery.

Overall, in my opinion, the Star Wars Millennium Falcon space is a true enhancement to the Disney Dream. This new area defiantly promotes more interaction between the kids and will provide for an excellent venue to new special Star Wars programing for years to come. As much as I really like Avengers Academy on the Disney Magic, I think DCL really upped their creative game designs an truly interactive version of the Millennium Falcon. I know our daughter found this to be more enjoyable than the Disney Infinity space & said this was her favorite enhancement overall.