Today, Disney Cruise Line published their Q1 – 2015 Voluntary Crime Allegation disclosure report for the period January 1 – March 31, 2015. During this period there no claims of alleged incidents. The last time DCL did not have any incidents report was Q1 of 2013. 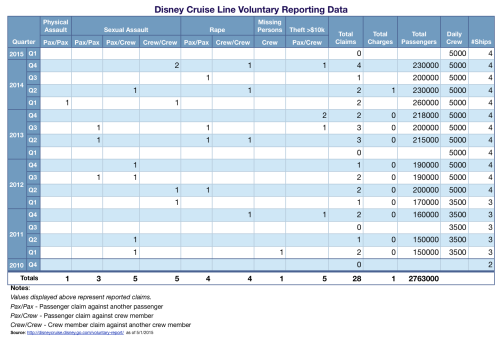 Passenger totals were not reported as is typical when there are no claims.