Disney Cruise Line is informing guests booked on this summer’s 11-Night North Norwegian Fjords and Iceland Cruise aboard the  Disney Magic of an itinerary change. The decision was made to move the call in Akureyri from July 4th to July 6th as DCL was recently informed that there will be four other ships in port on July 4th.

The Disney Magic would have made it five ships in port resulting in a large number of visitors that day. According to Disney, they are confident this revision will provide a better overall experience in both ports based on previous experience and guest feedback during crowded port days.

The overnight in Reykjavik has been moved up one day and the Iceland calls will be as follows:

The remainder of the itinerary remains unchanged. 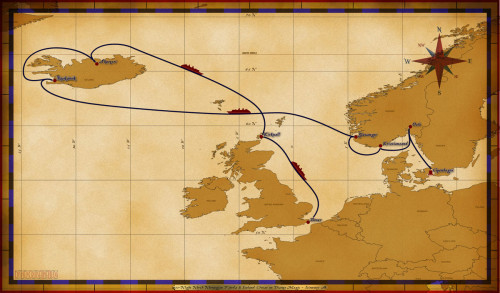 Below is a copy of the email sent to guests booked on this cruise. 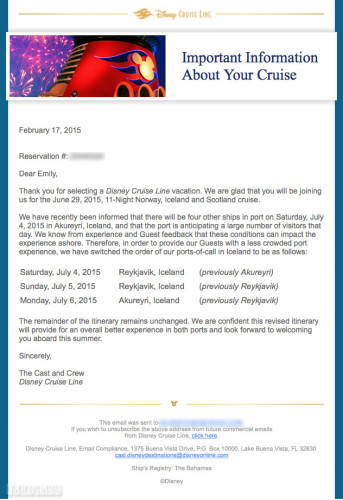 This is not the first revision to this itinerary, the original itinerary was scheduled to call on the Faroe Islands before it was changed to Kirkwall, Scotland.