This evening, we were alerted to a minor issue aboard the Disney Magic. From what we have been able to gather thus far, the Disney Magic experienced a temporary power failure (2 to 3 minutes) which left the ship dead in the water north of Cuba. Approximately 45 minutes later, it was reported that the Disney Magic had already resumed forward motion.

Around 5:15 PM EST, Pete Werner posted the following on Facebook.

The Disney Magic is dead in the water on our way to Cozumel. Huge puff of black smoke seen from the front of the ship followed by power failure.

The Facebook post was geotagged with Viñales, Cuba shown below by the red pushpin on the map below. Note, the Disney Magic was last recorded by terrestrial AIS receivers about 9 hours prior as she was passing south of Key West. 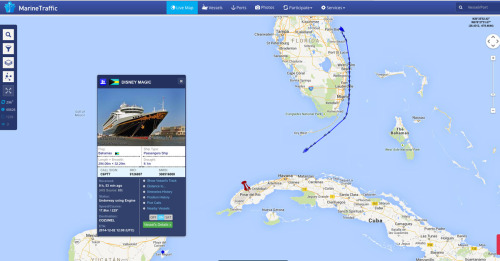 The Disney Magic is currently on day 2 of a 7-Night Western Caribbean Cruise (Itinerary B). Today, the Magic was at sea on her way to Cozumel.

Another report surfaced that there may have been a event on Saturday regarding the generators aboard the Disney Magic.

During the Disney Magic’s 2013 re-imaginationing a auxiliary generator was installed in what was previously the deck 7 aft open deck area. 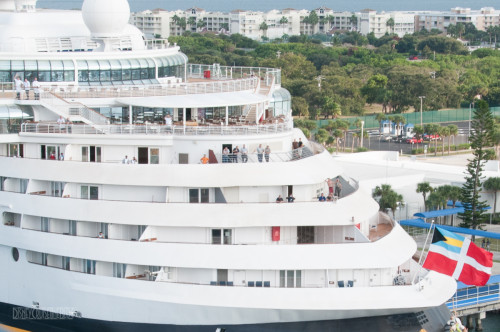 Thank you Cam Dezak, Dustin Burton and the many others on Twitter for your help collecting the details for this story.