Disney Theme Park Merchandise provided a preview of a new Disney trading pin that will be released in April and May across the Disney Cruise Line fleet as well as commemorative pin for this May Panama Canal cruise aboard the Disney Wonder.

The ever smooth and seaworthy, Captain Hook is featured on an all new pin set to release across the fleet on April 7th. The pin states, You’ll be hooked on quality, clearly a not to the quality and service of a Disney Cruise vacation. There is also a pin on min element which appears to be Hook’s hook. 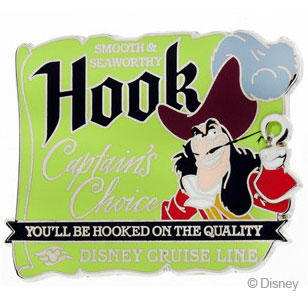 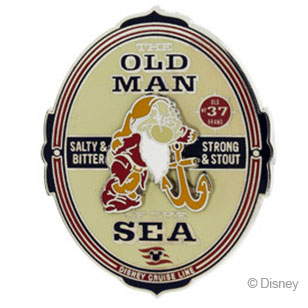 In May, guests sailing aboard the Disney Wonder will have the opportunity to purchase a Panama Cannel pin to commemorate the 2014 sailing. This year’s pin is a limited edition of 2000 that features a photo of the Disney Wonder cruising through the Panama Canal. The graphic element of the pin is framed in gold, but not real gold, well unless you are Tex Richman – he gold plates everything.

The pin’s graphic element mirrors the design of the commemorative t-shirt that can be pre-ordered. 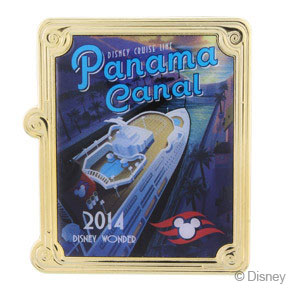