Disney Theme Park Merchandise provided a preview of a new Disney trading pin that will be released in late March across the Disney Cruise Line fleet.

The face of the Disney Wonder, Steamboat Willie will be featured standing in front of an anchor on a a new open edition Disney Cruise Line. 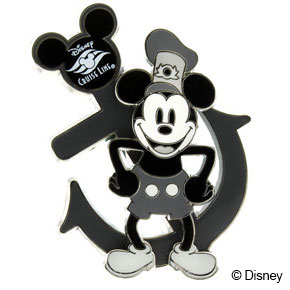