The nursery services offered by Disney Cruise Line in Flounder’s Reef Nursery and it’s a small world nursery will be seeing a fleet wide price increase at the end of this month. The hourly rate will increase from $6 per hour to $9 per hour. The reduced rate for the second child be increase from $5 to $8 per hour. 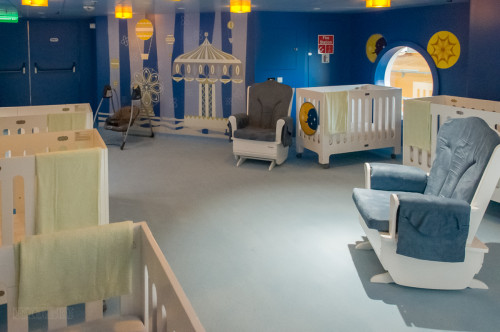 According to a Facebook post by Travel on a Dream the price increase will go into effect across the fleet within a matter of a few days. The rollout for each ship is as follows:

The previous rates will be honored for guests that pre-booked nursery services online prior to the price change.

In a related story Disney Cruise Line modified their their refusal of passage portion of their cruise contract with regard to sailing while pregnant.

Women who have entered their 24th week of pregnancy as of their embarkation date or who will enter their 24th week of pregnancy during the cruise will be refused passage due to safety concerns. Neither a physician’s medical statement nor a waiver of liability will be accepted. In addition, Disney Cruise Line cannot be held responsible or liable for any complications relating to pregnancy at any stage. Infants under 12 weeks old will not be allowed to travel aboard Disney Cruise Line ships.