The Fantasy departed Port Canaveral around 10 PM tonight. Do to the late departure it looks like the October 30th stop at Costa Maya has been canceled. (While not an official port calendar, this shows the cancellation)

This will be the last update tracking Hurricane Sandy as she is no longer directly impacting Disney sailings in the Bahamas.

The [Disney_Dream] is back within range of an AIS receiver. She is steaming back to Port Canaveral up the east coast of Florida. With Sandy moving north the Dream should have an easier time entering the Port. 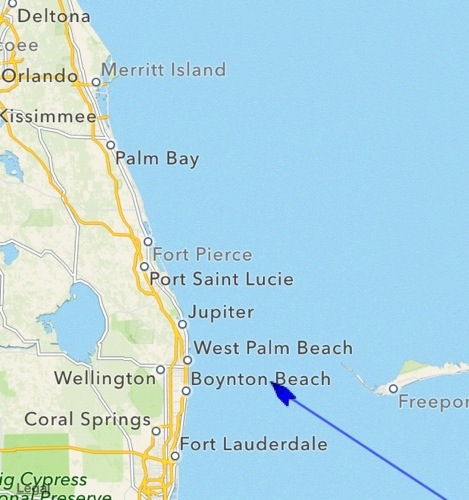 Sandy has moved away from the Bahamas this afternoon. She remains a hurricane with 75 mph winds and is on a northeast track moving at 13 mph.

The Government of the Bahamas has lifted all watches and warnings.

Sandy continues to move towards the northeast at 11 mph with maximum sustained winds of 75 mph.

All watches and warnings on the east coast of Florida have been lifted. Sandy is moving north-northeast at 9 mph and remains a hurricane with 75 mph winds. The wind field of hurricane force winds have grown to 105 miles and tropical storm force winds are reaching 450 miles out. A tropical storm warning remains in effect for the northern Bahamas. 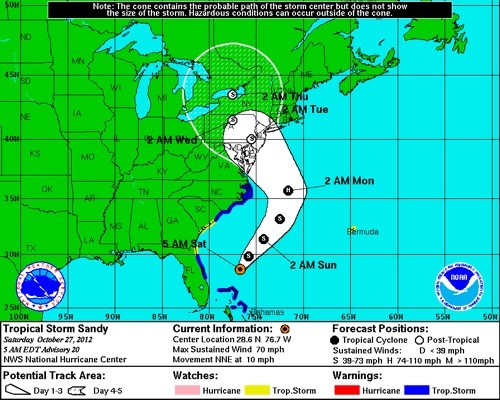 JC, a reader who will be sailing today, left a comment last night that he was received a phone call that the Fantasy may have a delayed embarkation process due to high winds in the channel at Port Canaveral.

There are 20 mph winds this morning at Port Canaveral.

At the 7 o’clock hour the [Disney_Fantasy] is still making her way back to Port Canaveral. Usually by this time, the ship is cleared and the first guest are disembarking. 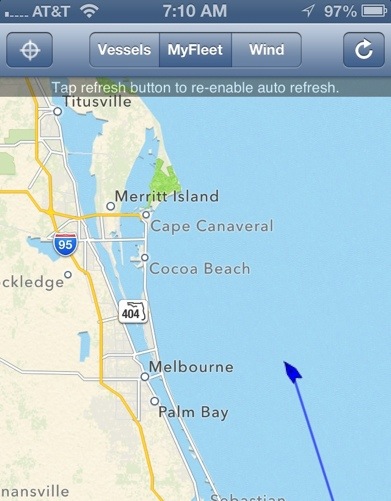 Just received an email from a passenger on the Fantasy that they will evaluate the port conditions around 9 AM to determine if they can safely navigate into the port. A pilot boat is on her port side.

Fantasy Update
As you can see in this video the Port Canaveral pilot had an interesting time boarding the Fantasy.

With the aid of 3 tug boats the Fantasy returned to Port Canaveral shortly before 10 AM after a rough night at sea in the wake of Sandy. 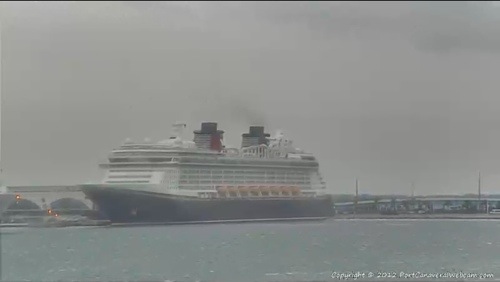 This late arrival will ultimately set today’s schedule behind for returning passengers attempting to make flights at MCO. Not to mention, the delay guests arriving for this evenings sailing will endure.

Disney Dream Update
It looks like the Dream has turned away from Nassau and has set her destination for Port Canaveral. 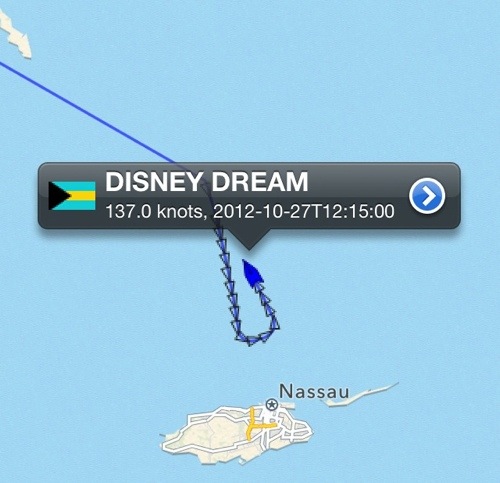