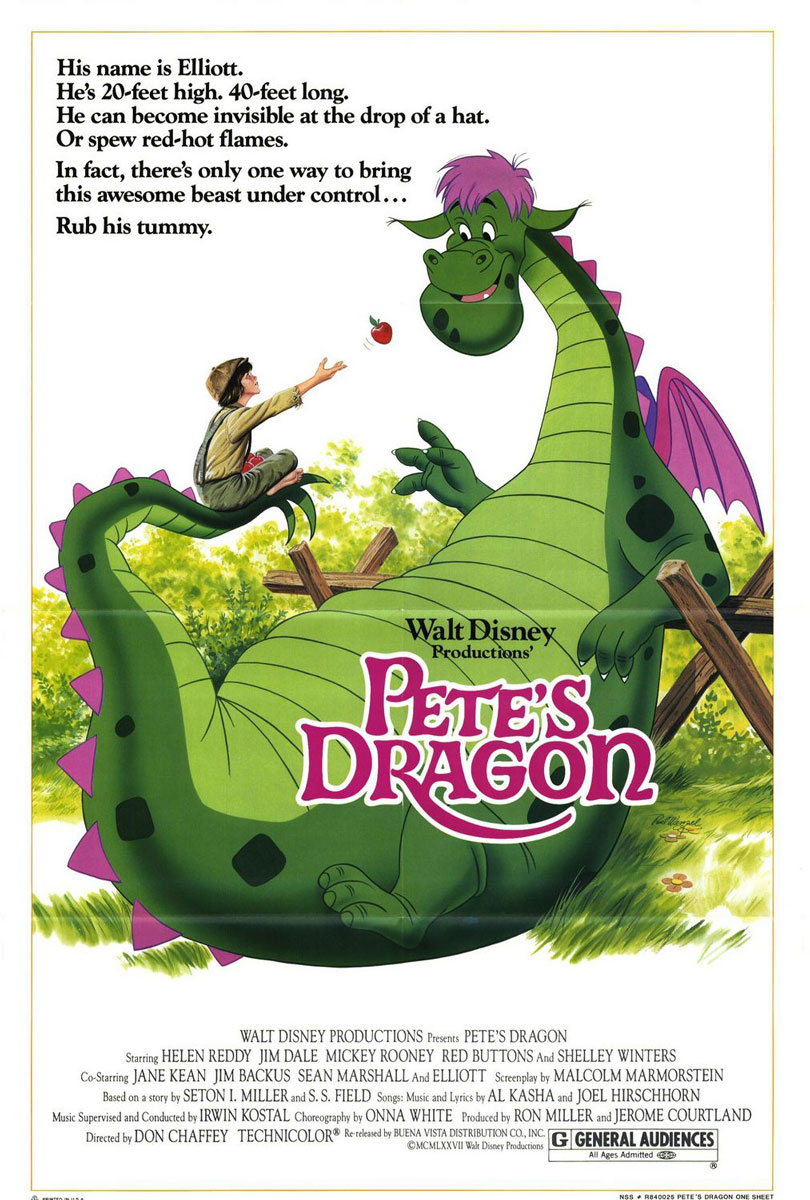 In New England in the early 20th century, Pete is a nine-year-old orphan escaping from his brutal adoptive parents, the Gogans, with his only friend, a cartoon dragon named Elliott. They successfully escape to Passamaquoddy, Maine, and live with Nora, a lighthouse keeper, and her father, Lampie. Elliott is sought for medicinal purposes by the corrupt Dr. Terminus.