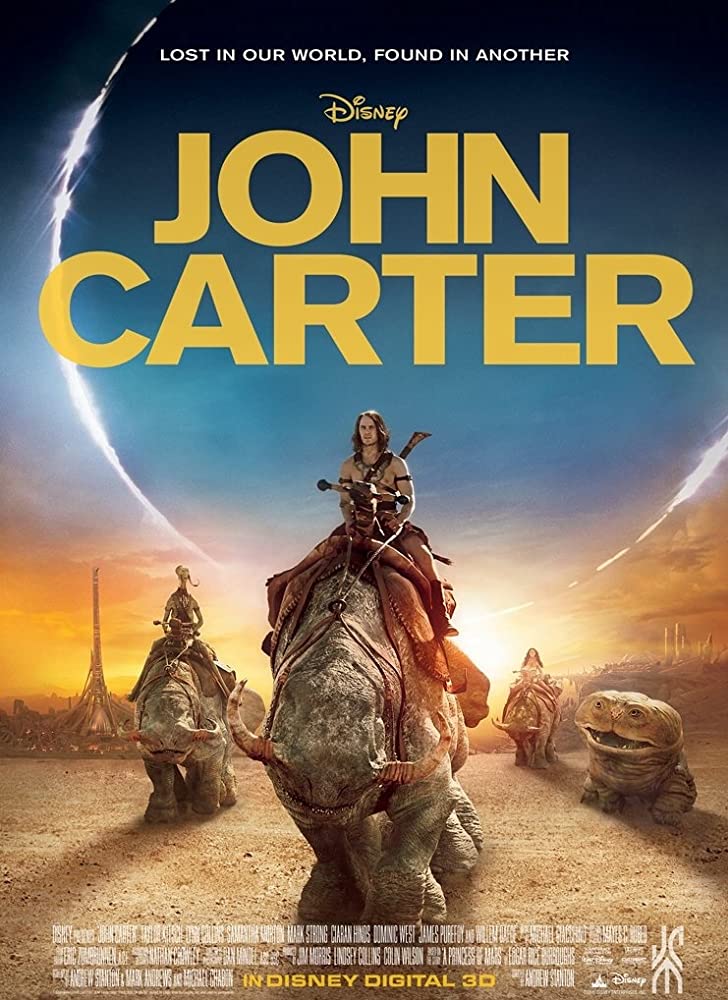 Runteime: 2 hr 12 mins Rated: PG-13
Theatrical: Mar 7, 2012
Home: Jun 5, 2012
John Carter is a war-weary, former military captain who's inexplicably transported to the mysterious and exotic planet of Barsoom (Mars) and reluctantly becomes embroiled in an epic conflict. It's a world on the brink of collapse, and Carter rediscovers his humanity when he realizes the survival of Barsoom and its people rests in his hands.