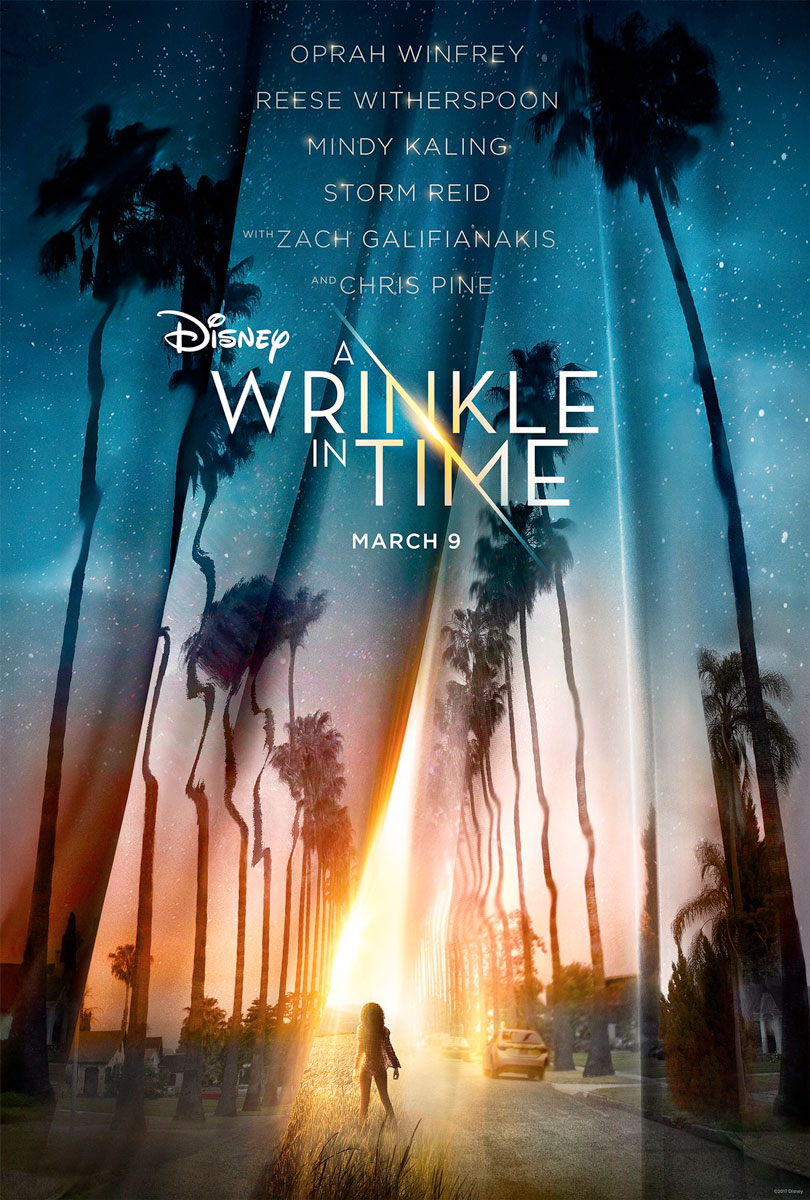 From visionary director Ava DuVernay comes Disney’s “A Wrinkle in Time,” an epic adventure based on Madeleine L’Engle’s timeless classic which takes audiences across dimensions of time and space, examining the nature of darkness versus light and, ultimately, the triumph of love. Through one girl’s transformative journey led by three celestial guides, we discover that strength comes from embracing one’s individuality and that the best way to triumph over fear is to travel by one’s own light.

We use cookies on our website. No, not the Eat Me Cookies from Alice in Wonderland, but the digital type that help us provide a better user experience.
If you continue to use this site you are accepting our cookie policy.AcceptRead more