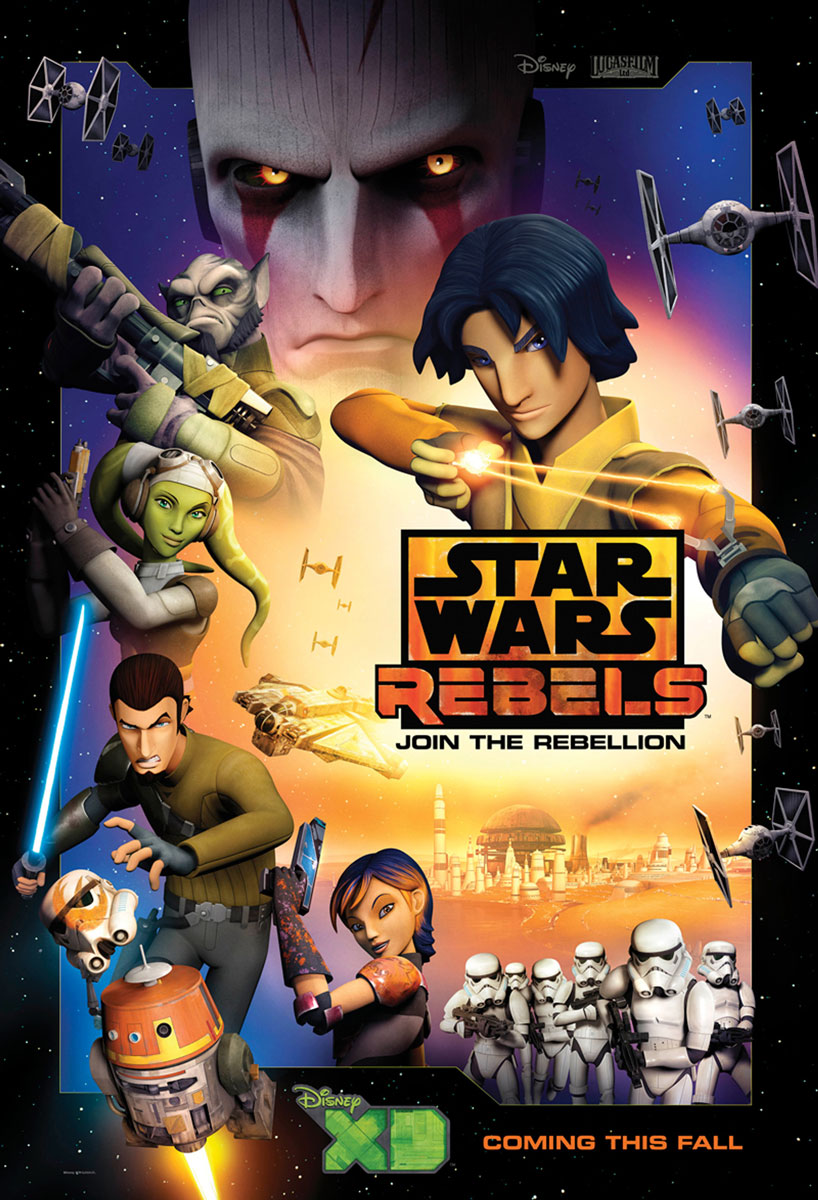 Runteime: 0 hr 30 mins Rated: TV-Y7
Theatrical: Oct 14, 2014
Home: Sep 15, 2015
An animated TV series set between the events of Episode III and IV, Star Wars Rebels takes place in a time where the Empire is securing its grip on the galaxy and hunting down the last of the Jedi Knights as a fledgling rebellion against the Empire is taking shape.