Just as guests were getting ready to depart Port Canaveral aboard the enhanced Disney Fantasy, the Disney Parks Blog released some more details on the Fantasy… Wait, no they didn’t. Let me start over, I have the Fantasy on my mind and this is an article about the upcoming Beauty and the Beast musical heading to the Disney Dream in November.

According to the DPB article, the musical will build upon the 2016 live action adaptation of the Disney classic where Belle’s father, Maurice, is an artist who creates intricate music boxes. His musical masterpieces are unique with special meaning behind them, particularly one that is a re-creation of where Belle was born in Paris.

In Disney Cruise Line’s yet to debut stage musical, the theme of the music box will guide the audience through the story.

It was also revealed, the production will make use of  high-definition projections, dynamic scenery and a little bit of Disney magic to open the music box to reveal the captivating details of Belle’s journey. 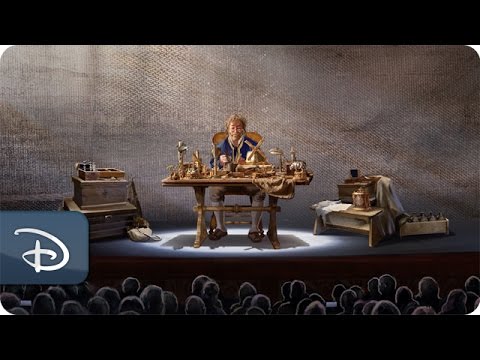 The first video Disney shared provided a look at the overall feel of the production with views of sets and costume designs.